I am still recovering from the awesome experience I had at the React Amsterdam 2017 conference. It was my first time speaking at such a large conference-- one that claims to only have had 150 attendees last year. At over 1000 attendees this year, I can say it was thrilling to get the opportunity to share Pinterest's migration story with such a large crowd. Here is a link to the video of my talk. 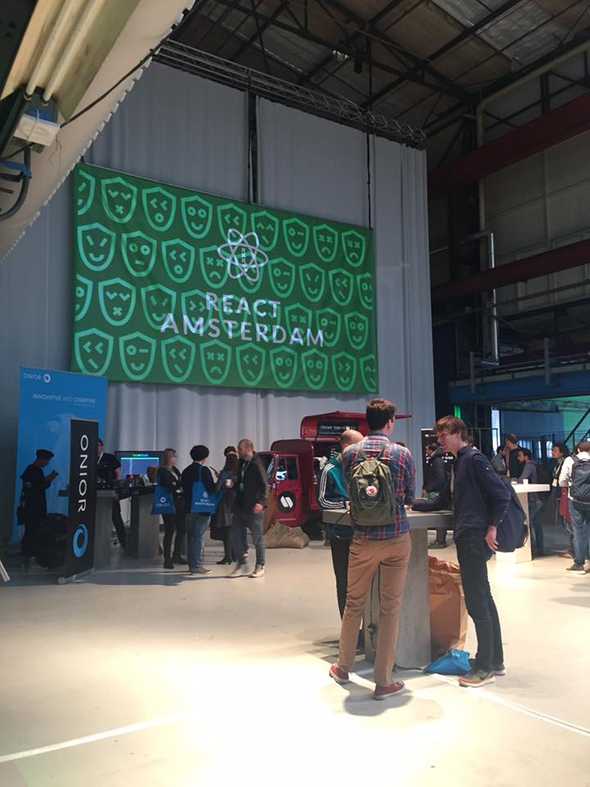 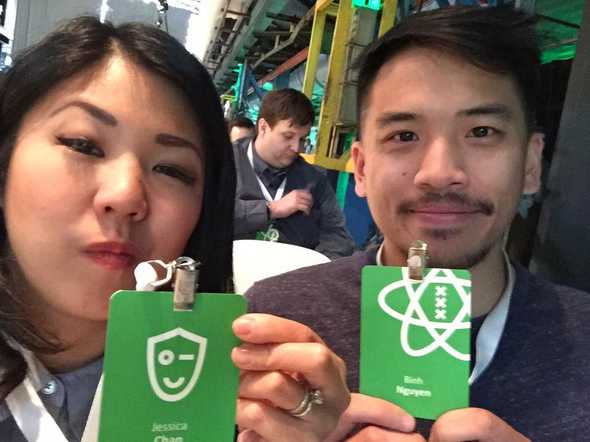 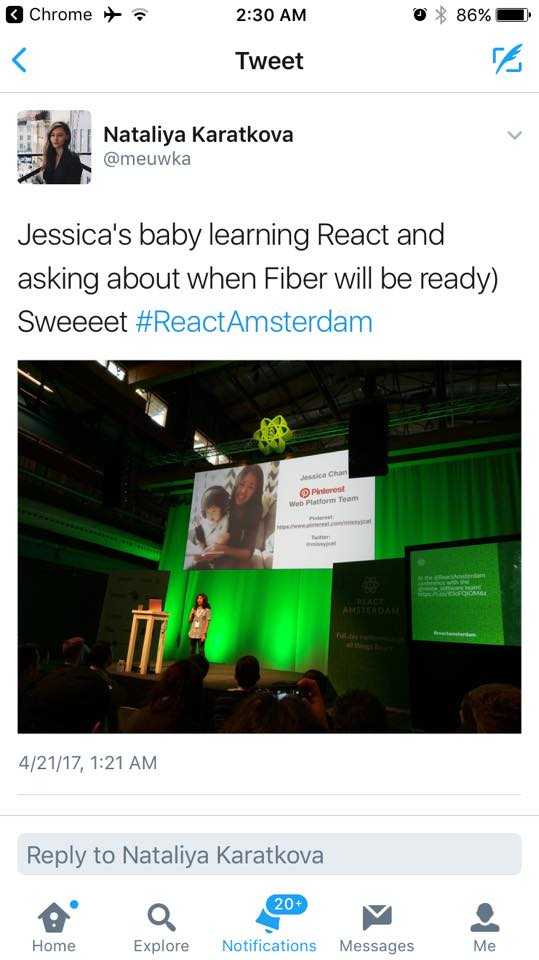 It was so amazing to see such a rich and large front-end community in Amsterdam. Talking to some of the attendees, I learned that demand is high for software engineers and that there are some perks for moving over to Europe if you have skills and wanderlust. Food for thought!

The event itself was very well-run. Great MCs, enthusiastic crowd, and a huge space that didn't feel cramped at all considering the number of attendees. The two-track system worked out very well and the programming was excellent. The content was wonderfully varied, covering the gamut of React and its rich ecosystem. Some of my favorites included Max Stoiber's talk on styling components, Balsamiq's Stefano Masini showing us a real-world application of GraphQL, Michele Bertoli's "Test Like It's 2017", and Alex Castillo's presentation on pushing bugs to production responsibly.

So much curiosity, knowledge, and experience in the room, it was hard not to be in awe. My favorite part was getting to talk to folks during lunch and learning about their challenges. Especially the stories around migrating to React. It was great to be able to compare and contrast the issues they were having, and learn more about other approaches they are considering.

Overall, an amazing event and one that I would recommend going if you can.